What is hardship? What would be a hardship for you? Living far from home, or not having hot water whenever you wanted it? Is a squat toilet a hardship, or having to eat food you don’t like? The third core expectation of the Peace Corps is “Serve where the Peace Corps asks you to go, under conditions of hardship if necessary, and with the flexibility needed for effective service.”

People don’t usually picture a European country as a place with conditions of hardship. North Macedonia is probably not as difficult a service location as say, Mongolia or rural Senegal. But there are still hardships: a conservative, insular culture; political and ethnic tensions that feel familiar, yet alien and sometimes frightening; language difficulties that make you feel stupid (currently, I have the vocabulary of an eight year old in Albanian and Macedonian). With those hardships come opportunities, though: N Macedonia is such a friendly, warm place. This is the first year my city has hosted trainees, and families are hosting strangers in their house, and I have never felt unwelcome. My host family is impressed by how much I try and speak Albanian, and many other people have applauded my efforts. I am understood at the пазар (open-air market), whether speaking Albanian or Macedonian. I can read text messages/snaps from my Albanian host family, and I can answer them.

A Facebook friend mentioned Lysgaard’s Curve to me. It’s the idea that people have a period of adjustment that usually comes with negative reactions to their new culture. I have felt this dip a few times, and know it will probably continue. Honestly, though, as a third culture child, I’ve never really felt at home anywhere, so why not make a home here?

Things on my mind:

Additionally: there was a massive earthquake that hit Albania early this morning. We felt the tremors here on the west side of N Macedonia, once when the earthquake hit, and once more a few hours later. Peace Corps has volunteers in Albania, and my host mother’s younger son is there as well. Showing solidarity with our neighbours and ethnic family there, as well as the volunteers.

One thought on “#PeaceCorps MAK24: Conditions of Hardship”

This site uses Akismet to reduce spam. Learn how your comment data is processed. 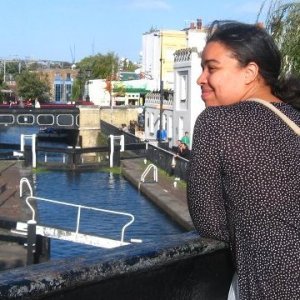 SD Marschhausen is a TEFL Volunteer in North Macedonia. Follow her blog, tweets and Instagram posts to see what life is like for a PCV in Eastern Europe.

The contents of this website are the personal opinions of SD and do not reflect any position of the U.S. government or the Peace Corps.

My Tweets
Follow Our Lady in North Macedonia on WordPress.com